Pokemon Go Gen 2 has been a hot topic recently. Before it is reported that 100 Pokemon are to be added to Pokemon Go Gen 2. 100 new Pokemon are now referenced in the game code, from Pokedex #152 (Chikorita) to #251 (Celebi). But we don't know the specific release date. Niantic hasn't confirmed yet. However, it seems the released date has been leaked, that Pokemon Go could get a huge December update with 100 new creatures. 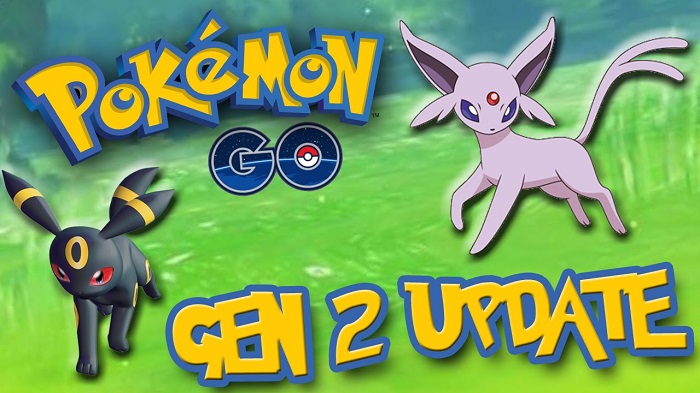 The update will include more than 100 new normal and Legendary Pokemon, player-versus-player battles, raising your critters (like Tamagotchi pets, after the eggs hatch), and trading between players, according to an analysis of the hit mobile game's code by people associated with web scanner PokeVS.

The news is leaked by a self-proclaimed Starbucks employee claimed that an internal memo from corporate revealed that a new marketing campaign would coincide with the release of "Pokeman Version 2" in a Pokemon Go sub-reddit post. I've checked that the post was deleted. It is skeptical the leaked news is convincing.

At present, only Ditto has been released. It can't be sure if the update will come all at once or over time, but the evidence is there. PokeVS showed before-and-after comparisons of the code that indicated where the updates are expected to be implemented. This code could change, but as it is, it shows what's coming. If the news is true, it is definite that the Gen 2 will bring players back. And Mew and Mewtwo is said to be among new legendary Pokemon. The latter first appeared in the original Pokemon Go video game.

So far, there is no comment from Niantic to testify the leaked news. So I guess we'll wait in patience to see. For guys who are still playing the game, enough stardust to assist you to evolve Pokemon, or power leveling as well as rare Pokemon and Pokemon Go account on our website.

Pokemon Go: How to Experience New Tracker for Rural Players

As PokeStops are often far for rural or suburban players, and also players can't use a car. So here are steps for them to experience the new tracker system.

Players may have heard that Pokemon Go Gen 2 is coming with 100 new Pokemon. Before the unreleased Gen 2, here are the best Pokemon you should collect.

Now the nearby tracker is rolling out around the world. Besides, there is a Thanksgiving event so that players can totally enjoy the game. And also Pokemon Ditto is also appeared!

Now Niantic is doing Thanksgiving event for Pokemon Go as Niantic has made an announcement, indicating more extra XP and stardust.

It is rumored that there will be new features featuring in Pokemon Go, like baby Pokemon, PvP battle and trading, etc.

100 New Gen 2 Pokemon to be Added in Pokemon Go

It is confirmed that Pokemon Go will be updated with Gen 2 Pokemon. 100 new Pokemon are now referenced in the game's code from Pokedex #152 (Chikorita) to #251 (Celebi).

It's kind of frustrated for players that they don't know the odds of catching rare Pokemon. Now Pokemon Go Hub has developed a calculator that will help players figure out what their chances are when they attempt to catch any given Pokemon.